“After arriving from China my dad took a year to save enough money working in San Francisco and he then walked to Astoria.” [ 718 miles ]

“My grandfather brought home salmon cheeks, a delicacy to the Chinese but a waste to the cannery owners.” 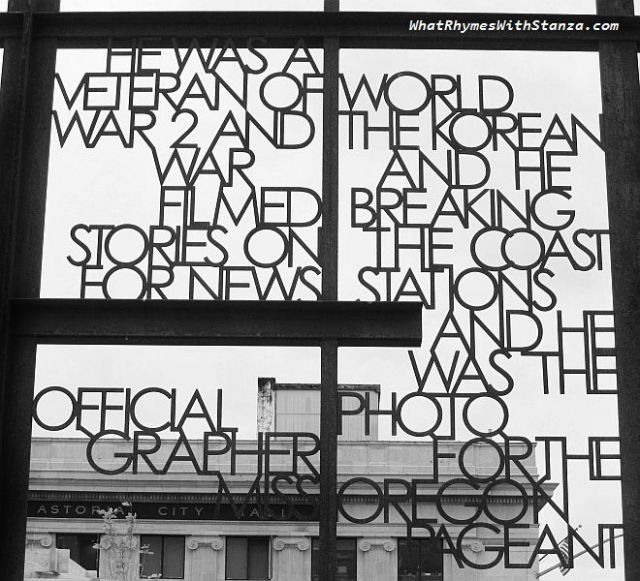 “He was a veteran of World War 2 and the Korean war and he filmed breaking stories on the coast for news stations and he was the official photographer for the Miss Oregon pageant.” 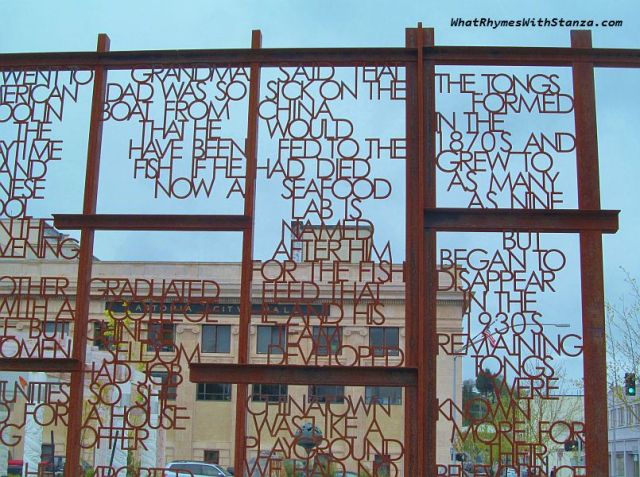 “Grandma said dad was so sick on the boat from China that he would have been fed to the fish if he had died. Now a seafood lab is named after him for the fish feed that he and his team developed.”

“The tongs formed in the 1870s and grew to as many as nine but began to disappear in the 1930s. Remaining tongs were known more for their…”

These photos were taken at the Garden of Surging Waves, a city park in Astoria, Oregon, which was built to honor and celebrate the Chinese heritage of that area. The Story Screen in these photos is an iron structure that includes the entry gate, and these large panels that tell about the hardships, struggles and contributions of some of the Chinese immigrants in Astoria as well as their descendants who remained in the area and who continue to be vital components in the fabric of the community.

1 Response to Strong as Iron