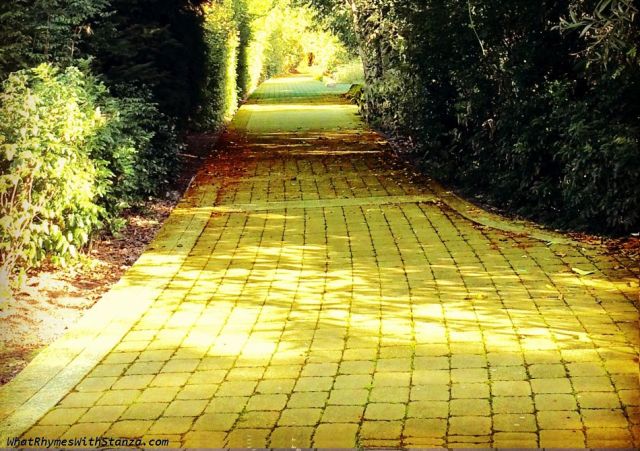 “Tell us a story, Oma.” Oma has already told half a dozen just since nap time, but how does one refuse such a rapt audience?

“Once upon a time there was a little girl and her little brother.”
“No, not about us! A princess with three fairies!”

Little girl sits back, satisfied with the new head count.

Oma gently pulls the lid from little boy’s mouth.
“A magic mirror!” Little girl reaches for the snot-laden lid and holds it up to her eye. “The princess has a magic mirror!”

Oma hands little girl a magic tissue with which to clean the “mirror.” Little girl misses the point. (Just as well. The tissue later becomes a magical horse blanket.)

Future pretend magical horse rolls onto his side and lazily licks his paw.

“What does the princess see in the mirror?” Little girl looks wide-eyed into the magnifier lid.

Probably not much in its current condition, Oma thinks.
“The future!” Oma says.

The princess learns that an evil horse prince is going to turn her little brother into a horse on her brother’s fourth birthday, unless the princess can stop him.

With the help of the three fairies (one head apiece) and her magical mucous-filled mirror, the princess sets off down the golden path to the dark forest where the evil horse prince with glowing red eyes lives in a dark, dark cave.

The story progresses — with minor plot changes at little girl’s request — and at last the princess prevails.

Little boy has long since lost interest in the princess story and instead pretends to be drinking water from the insect catcher container which, he informs Oma, has spider poop in it.

Oma assumes that announcement is primarily based on two-year-old little boy’s fondness for saying the word “poop.” After all, the big black spider that formerly occupied the container is a plastic toy.

Oma would, however, like to know the whereabouts of the big black spider. She half-wonders if it’s going to come flying out of little boy’s nose the next time little boy sneezes.

Just then, the beautiful, wise and brave queen comes riding up the hill to the castle in her magical Subaru, and little boy and little girl greet the queen with coughing, sneezing, snot-flinging hugs and kisses.

Oma takes her leave and climbs aboard her handsome Nissan steed to head home to her palace. As Oma checks the magical rearview mirror, she gets a vision of her own future.

In the not-so-distant future, Oma foresees that she will be coughing, sneezing and snorting into her own magical tissues.

And they all live happily ever after.